The Character of George Washington as described by Thomas Jefferson 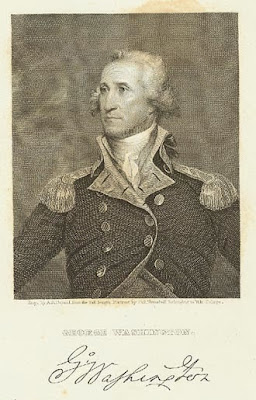 By: J. David Gowdy
George Washington had a complex, constantly evolving relationship with Thomas Jefferson. Prior to the Revolutionary War, Washington and Jefferson labored together as delegates from Virginia to the Continental Congress during 1775. After the war, under the newly adopted Constitution, Thomas Jefferson was appointed by Washington as his first Secretary of State in the new cabinet, where he served from March 22, 1790, to December 31, 1793.  Though Washington and Jefferson’s relationship grew to be somewhat contentious by the end of Washington’s life due to party politics (Jefferson refused to attend memorial services for the President), the two were not always at odds personally and politically. Their dedication to the cause of the American Revolution by far proved to be their greatest common bond; however, as Mary Stockwell points out they were alike in even more ways. Both were “tall redhead[s] from the middling planter class,” “who raised their social and economic “status by marrying a wealthy widow.” Additionally, “Jefferson considered himself a farmer and spent his life improving his plantations… just as Washington cared for Mount Vernon.” (1)

Jefferson and Washington corresponded over many years.  Washington wrote to Jefferson about the Constitutional Convention while he was in France.  In addition to political matters, they wrote each other about western lands and agricultural topics.  Thomas Jefferson admired the pecan tree and sent seeds to George Washington, who planted and cared for his own pecans. Today those pecans have the distinction of being the oldest living trees at Mount Vernon. (2)

In Paris, while serving as Ambassador to France, Thomas Jefferson owned two portraits of George Washington, a full-length by Charles Willson Peale and a half-length by Joseph Wright.  Before leaving Paris, Jefferson presented the Peale to Madame de Tessé. Wright's portrait of Washington became part of the art collection at Monticello.

After Jefferson resigned from Washington’s cabinet in 1793, he soon became the leader of the Democratic-Republican Party.  He  was elected Vice President in 1796 and President in 1801. In his inaugural address delivered on March 4, 1801, Jefferson called Washington “our first and greatest revolutionary character, whose preeminent services had entitled him to the first place in his country’s love.” Later, upon founding the University of Virginia, Jefferson recommended Washington’s Farewell Address as part of the required reading for the study of the Constitution.

Thomas Jefferson wrote a detailed description of the great qualities of mind and character possessed by George Washington in a letter written fourteen years after Washington’s death:

I think I knew General Washington intimately and thoroughly; and were I called on to delineate his character, it should be in terms like these.

His mind was great and powerful, without being of the very first order; his penetration strong, though, not so acute as that of a Newton, Bacon, or Locke; and as far as he saw, no judgment was ever sounder. It was slow in operation, being little aided by invention or imagination, but sure in conclusion. Hence the common remark of his officers, of the advantage he derived from councils of war, where hearing all suggestions, he selected whatever was best; and certainly no General ever planned his battles more judiciously. But if deranged during the course of the action, if any member of his plan was dislocated by sudden circumstance, he was slow in re-adjustment. The consequence was, that he often failed in the field, and rarely against an enemy in station, as at Boston and York. He was incapable of fear, meeting personal dangers with the calmest unconcern. Perhaps the strongest feature in his character was prudence, never acting until every circumstance, every consideration, was maturely weighed; refraining if he saw a doubt, but, when once decided, going through with his purpose, whatever obstacles opposed. His integrity was most pure, his justice the most inflexible I have ever known, no motives of interest or consanguinity, of friendship or hatred, being able to bias his decision. He was, indeed, in every sense of the words, a wise, a good, and a great man. His temper was naturally high toned; but reflection and resolution had obtained a firm and habitual ascendancy over it. If ever, however, it broke its bonds, he was most tremendous in his wrath. In his expenses he was honorable, but exact; liberal in contributions to whatever promised utility; but frowning and unyielding on all visionary projects and all unworthy calls on his charity. His heart was not warm in its affections; but he exactly calculated every man’s value, and gave him a solid esteem proportioned to it. His person, you know, was fine, his stature exactly what one would wish, his deportment easy, erect and noble; the best horseman of his age, and the most graceful figure that could be seen on horseback. . . .

On the whole, his character was, in its mass, perfect, in nothing bad, in few points indifferent; and it may truly be said, that never did nature and fortune combine more perfectly to make a man great, and to place him in the same constellation with whatever worthies have merited from man an everlasting remembrance.

For his was the singular destiny and merit, of leading the armies of his country successfully through an arduous war, for the establishment of its independence; of conducting its councils through the birth of a government, new in its forms and principles, until it had settled down into a quiet and orderly train; and of scrupulously obeying the laws through the whole of his career, civil and military, of which the history of the world furnishes no other example. . . .

We knew his honesty …

I felt on his death, with my countrymen, that “verily a great man hath fallen this day in Israel.” (3)