A True Martyr of Liberty 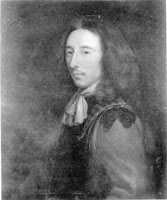 Three hundred and twenty-five years ago this December in the year 1683, in England, an innocent man met his fate at the executioner’s block. Parliament had been dissolved by King Charles II two years previous. In June of that year a plot to assassinate the King was discovered, and many well known Republicans were arrested …

As dawn broke on the morning of December 7th, the sky was overcast and the air was cold and damp. The London fog seemed thicker than usual, which added to the gloominess. In the Tower of London, locked in prison, sat a solitary figure – previously sentenced to die by execution that day. His alleged crime? – “Treason against the King.” With the pen and ink and paper provided as his last request, he was writing in the dim light of his cell. Who was this man, and how is he connected to America’s Independence?

When Thomas Jefferson was asked to name the sources for the principles of the Declaration of Independence, he named the writings of our prisoner -- titled “Discourses Concerning Government” -- as one of his primary guides. When Jefferson established the University of Virginia, he instituted a course on the Constitution with “Discourses” as a required text. He also said that “Discourses” was “probably the best elementary book of the principles of government … which has ever been published in any language.”

"Discourses Concerning Government" stands for the proposition that, "the principle of liberty in which God created us . . . includes the chief advantages of the life we enjoy, as well as the greatest helps towards felicity, that is the end of our hopes in the other" ... and, "If the public safety be provided, liberty and propriety secured, justice administered, virtue encouraged, vice suppressed, and the true interest of the nation advanced, the ends of government are accomplished ..."

During the Revolutionary War period, our prisoner was a patriot’s hero. In addition to Jefferson, his book was cited by John Adams, Benjamin Franklin, James Madison, and others, as authority for both the revolution itself -- and as a guide to the formation of our republic.

Was this man guilty of treason? – only in the same sense that the 56 men who signed the Declaration of Independence were also guilty of treason against the King of England -- because he (and they) believed that “all Men are created equal, that they are endowed by their Creator with certain unalienable Rights, that among these are Life, Liberty, and the Pursuit of Happiness …”

One who attended his execution reported:

When he came to the scaffold, instead of a speech, he told them only that he had made his peace with God, that he came not thither to talk, but to die; [he] put a paper into the sheriff’s hand, and another into a friend’s, said one short prayer as short as a grace, laid down his neck, and bid the executioner do his office …

Algernon Sidney was beheaded on December 7, 1683.