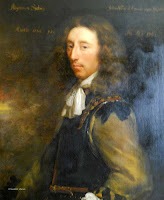 Written in argument against Filmer's Patriarcha (which argued for the divine right of kings to rule, without popular consent), Algernon Sidney's Discourses Concerning Government reviews the history, strengths and weaknesses of governments from Biblical through Greek and Roman times, to the European and English eras.   A contemporary of Sidney, Bishop Burnett, stated that Sidney "studied the history of government in all its branches, beyond any man I ever knew." [1]  Sidney's primary arguments in Discourses are: (1) political power is different from paternal power, and kings do not have an inherited or divine right to rule; (2) people have the divine (natural) right of liberty which includes the right to choose their governors; (3) a popular, republican form of government is best; (4) virtue is necessary for rulers and the populace to maintain a prosperous and free society; and (5) kings and magistrates are subject to the common law. [2] A thoughtful reading and consideration of Sidney’s writings should restore him to his rightful position alongside John Locke in the study of the principles of the American republic. The following are quotes from Sidney's Discourses on the relationship of virtue, power, and liberty.

"Machiavel, discoursing on these matters, finds virtue to be so essentially necessary to the establishment and preservation of liberty, that he thinks it impossible for a corrupted people to set up a good government, or for a tyranny to be introduced if they be virtuous; and makes this conclusion, 'That where the matter (that is, the body of the people) is not corrupted, tumults and disorders do not hurt; and where it is corrupted, good laws do no good:' which being confirmed by reason and experience, I think no wise man has ever contradicted him." II:11:104-05.

"[Rome] that city which had overthrown the greatest powers of the world must, in all appearance, have lasted for ever, if their virtue and discipline had not decayed, or their forces been turned against themselves." II:15:128.

"All things in nature have their continuance from a principle in nature suitable to their original: all tyrannies have had their beginnings from corruption. …The contrary is seen in all popular and well-mixed governments: they are ever established by wise and good men, and can never be upheld otherwise than by virtue: the worst men always conspiring against them, they must fall, if the best have not power to preserve them." II:19:146-47.

"Corruption will always reign most, where those who have the power do most favour it, where the rewards of such crimes are greatest, easiest, and most valued, and where the punishment of them is least feared. …liberty cannot be preserved, if the manners of the people are corrupted …" II:25:201.

"Like effects will ever proceed from the like causes. When vanity, luxury, and prodigality are in fashion, the desire for riches must necessarily increase in proportion to them: and when the power is in the hands of base mercenary persons, they will always (to use the courtiers phrase) make as much profit of their places as they can. Not only matters of favour, but of justice too, will be exposed to sale; and no way will be open to honors or magistracies, but by paying largely for them. He that gets an office by these means, will not execute it gratis: he thinks he may sell what he has bought: and would not have entered by corrupt ways, if he had not intended to deal corruptly." II:25:203.

"Virtue is the dictate of reason, or the remains of divine light, by which men are made beneficent and beneficial to each other. Religion proceeds from the same spring; and tends to the same end; and the good of mankind so entirely depends upon the two, that no people ever enjoyed anything worth desiring that was not the product of them; and whatsoever any have suffered that [which] deserves to be abhorred and feared, has proceeded either from the defect of these, or the wrath of God against them. If any [leader] therefore has been an enemy to virtue and religion, he must also have been an enemy to mankind, and most especially to the people under him." II:27:212.


"If vice and corruption prevail, liberty cannot subsist; but if virtue have the advantage, arbitrary power cannot be established." II:30:241-242. [Copied by Thomas Jefferson into his Commonplace Book] 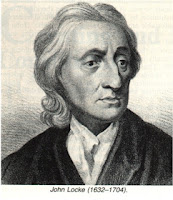 "These are the bounds, which the trust that is put in them by the society, and the law of God and Nature, have set to the legislative power of every commonwealth. First, they are to govern by promulgated established laws, not to be varied in particular cases, but to have one rule for rich and poor, for the favourite at court, and the countryman at plough. Secondly, these laws also ought to be designed for no other end ultimately than the good of the people." (Chapter 11, sec. 142)
Posted by J. David Gowdy at 3:38 PM 2 comments: