Liberty Affords the Path to Happiness 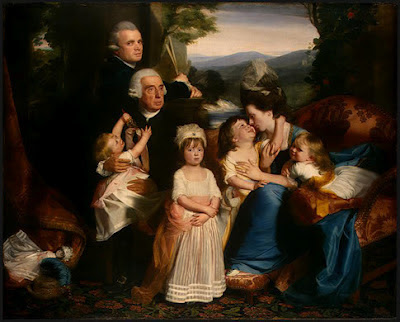 "[T]here is no truth more thoroughly established, than that there exists . . . an indissoluble union between virtue and happiness."  George Washington

The "pursuit of happiness" is the third "unalienable right" set forth in the Declaration of Independence in connection with "life" and "liberty."  Webster's dictionary defines "happiness" as a state of well being and contentment.  While each individual may describe happiness differently, most all will agree that happiness is the object of existence.  In this regard, John Adams wrote that: "[H]appiness of society is the end of government."  Thus, liberty is the means and happiness is its end.  Without liberty, no person or society can be truly happy.  Locke, in his Essay the True End of Civil Government, quotes Dragonetti on Virtue and Rewards, stating: "The science of the politician consists in fixing the true point of happiness and freedom.  Those men would deserve the gratitude of ages, who should discover a mode of government that contained the greatest sum of individual happiness, with the least national expense."  This, then is the great dilemma for citizens, representatives and leaders in all ages: how do we efficiently augment the well being and contentment of society, i.e., maximize societal happiness?  Endless social programs have been devised, enacted and administered to this end.  While there is no single solution or easy answer to all social ills, there is a formula proven in nature: "For whatsoever a man soweth, that also shall he reap" (Galatians 6:7)  In other words, being free to sow what we will, if we sow good seed, and so labor, we shall reap good fruit.  Individually and collectively we together bear and reap the harvest of the opportunities and privileges provided us through liberty's vale.  Thus, wisdom and virtue must fashion each seed sown by government.

Thomas Jefferson said: "[W]hat more is necessary to make us a happy and prosperous people? . . . a wise and frugal government . . . which shall leave [men] free to regulate their own pursuits of industry and improvement, and shall not take from the mouth of labor the bread it has earned. . . . We must make our choice between economy and liberty or profusion and servitude.  . . . If we can prevent government from wasting the labors of the people, under the pretense of caring for them, the people will be happy."  As revered in our past, industry, thrift and self-reliance  must be upheld as crowning attributes to each generation.  Thoreau said: "This government never of itself furthered any enterprise . . . [t]he character inherent in the American people has done all that has been accomplished."  There were no "social programs" for the pilgrims or pioneers.  Happiness is garnered by self, not granted by government.

The unalienable rights of "liberty" and "the pursuit of happiness" are truly co-dependent.  Liberty provides an unfettered path in life to choose happiness or its counterfeits.  These individual and collective choices effectually serve to either bless and benefit, or curse and hinder, each of us, our society, and our posterity.  An ancient proverb states: "Righteousness exalteth a nation: but sin is a reproach to any people." (Proverbs 14:34). The choice and decision is ours.  Thus, while the possession of liberty itself cannot guarantee happiness, it alone affords us the full opportunity in life for its pursuit.

"[T]he form of government which communicates … happiness to the greatest number of persons, in the greatest degree, is the best.” John Adams 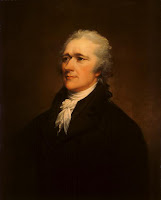 While slavery encompassed all races, it predominantly constituted Blacks. After all, slavery remained a pervasive problem during Hamilton's era of political prominence. For example, in 1785, Hamilton collaborated with others under his leadership to consolidate the New York Society for Promoting the Manumission of Slaves (Scanlon, 17).

Hamilton staunchly sought emancipation, and envisioned the inevitable termination of slavery during an era that condoned its virulent institution. Slavery became a polarizing issue that severely divided America during its infancy.

The dehumanizing institution and heinous hypocrisy surrounding slavery seemed unconscionable to Alexander Hamilton, as someone who championed individual liberty, inalienable rights of man, and freedom from personal oppression. Indeed, Hamilton advocated, "the abolition of Negro slavery," a measure which many Southern plantation owners considered probably "the most daring property invasions ever made," at that time (Miller, 122).