The Bill of Rights and James Madison’s Statesmanship 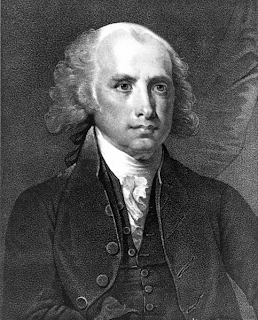 On June 8, 1789, Representative James Madison introduced the Bill of Rights into the First Congress.  Madison delivered what was arguably the most important speech of his political career.  It was a masterpiece of rhetorical statesmanship.  Madison attempted to persuade those with whom he agreed that a Bill of Rights was not very necessary to support it in order to save the Constitution and produce unity in the new republic.

Madison had surprisingly opposed a Bill of Rights since it was introduced during the Constitutional Convention by Virginian George Mason and advocated by the Anti-Federalists throughout the ratification debate in the states.  During a long exchange with Thomas Jefferson, then in Paris, Madison privately articulated his reasons for opposing a Bill of Rights.

Most of the Madison’s reasoning was based upon the fact that he believed, along with James Wilson and Alexander Hamilton, that the Founders had created a natural rights republic with enumerated powers in a written constitution.  The rights of mankind were built into the fabric of human nature by God, and government had no powers to alienate an individual’s rights.  Moreover, leaving certain rights out or vaguely defining them was a recipe for disaster since the government could then act with respect to rights where it had no power according to the original compact.

Although he enumerated several reasons for his opposition, Madison then gave his friend hope when he averred that most important reason in favor of a Bill of Rights was that, “The political truths declared in that solemn manner acquire by degrees the character of fundamental maxims of free Government, and as they become incorporated with the National sentiment, counteract the impulses of interest and passion.”  Madison thought the liberties would become engrained in the American character.

When he arose to give the speech on June 8, Madison faced hostility from several Federalists who thought the House of Representatives had more pressing business to attend to and seemed to ignore their promise of “subsequent amendments” safeguarding liberties during the ratification debates. Madison wanted to make sure that obligation was fulfilled because he knew that failing to do sure would strengthen the Anti-Federalist push for a second Convention to alter the Constitution and that it would stir up continuing opposition to the new republic.

Madison began his speech by stating that a Bill of Rights would prove to the Anti-Federalists that the Federalists were “as sincerely devoted to liberty and a republican government.”  In an act of reconciliation and magnanimity, he reached out to the Anti-Federalists because, “We ought not to disregard their inclination, but, on principles of amity and moderation, conform to their wishes, and expressly declare the great rights of mankind secured under this constitution.”

Madison then explained that the people had something to gain, but nothing to lose from the protection of their sacred liberties.  He was concerned that if the Congress did not act, a second Constitutional Convention would fundamentally alter the structure of government.  He wanted to avert this possibility at all costs.  But he did “wish to see a door opened to consider, so far as to incorporate those provisions for the security of rights.”

Perhaps surprisingly to modern ears, the greatest danger would not come from the executive or judicial branches but from the legislative.  In a republican form of government, the people are most directly represented in the legislative branch which makes the laws.  Therefore, it is the most powerful branch where the greatest danger really comes from the “great body of the people, operating by the majority against the minority.”

Madison then neatly summarizes the arguments of the Federalist opponents of the Bill of Rights, admitting that “the arguments are not entirely without foundation.”  He agreed that the national government had enumerated powers and could not act outside those powers to violate liberties in addition to the fact that states already had bills of rights.  A Bill of Rights might also leave some rights out, thereby rendering them insecure and subject to violation.  “This is one of the most plausible arguments I have ever heard urged against the admission of a bill of rights,” he admits.

Madison magnanimously completed his lengthy speech by reaffirming the significance of considering amendments to the Constitution protecting liberties and fulfilling the sacred pledges made during the ratification debates.  “If we can make the constitution better in the opinion of those who are opposed to it, without weakening its frame, or abridging its usefulness, in the judgment of those who are attached to it, we act the part of wise and liberal men.”

This important speech was a model of statesmanship.  It sought to produce unity on constitutionalism in the new American republic by reaching out to opponents and prudently deflecting calls for additional constitutional conventions, which Madison thought would result in chaos.  He could have done what was politically expedient and deferred to those who wanted to delay consideration of a Bill of Rights though Madison saw that the Federalists probably meant never to take it up.  They had won the debate after all, and the Constitution was ratified.  Madison would not let them off the hook and held them to their pledge to safeguard the traditional and natural rights of mankind in a free republic.  He set aside his own belief that the Bill of Rights was not wholly necessary and stood firm for principle and the public good.  That is why, amid the commemorations of Memorial Day, D-Day, and Independence Day we should remember the principles of June 8 for which those brave soldiers were fighting when they gave their “last full measure of devotion.”
________________________
Tony Williams is the Program Director for the Washington, Jefferson & Madison Institute.  He is the author of four books on the founding of America including America’s Beginnings: The Dramatic Events that Shaped a Nation’s Character.