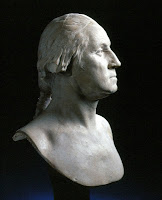 After George Washington was sworn-in as the first president of the new American republic on April 30, 1789, he delivered his First Inaugural Address to the people’s representatives in Congress.  He started the speech with his characteristic humility, stating that although he wished to retire to Mount Vernon and did not have the requisite skill to govern a country, he was nevertheless answering the call of his country.  The address struck a distinctly Aristotelian chord in Washington’s wishes for his country.

In his Nicomachean Ethics, the ancient Greek philosopher, Aristotle, describes his understanding of the basic nature of man.  Humans are rational creatures, he maintains, and must use that reason to exercise self-restraint over their passions.  That same rationality allows humans to be ethical, choosing between good and evil, right and wrong. Over time, these decisions become habits of vice or virtue that shape character.

Since the end of human life is happiness, Aristotle holds that true happiness is rooted in the well-ordered, good, and virtuous life. Self-government becomes possible when each individual literally governs himself and controls his passions.  It is a liberty governed by natural law.

Aristotle’s ethics laid the foundation of his political views.  He held that man is a political animal who finds his highest end in civil society.  The goal of the art of politics is to promote human happiness through just governance.  Because of the fact that politics deals with truths that are not always absolute or clearly discoverable by reason, the rightly-ordered state allows rational citizens to deliberate and attempt to persuade each other through rhetoric based upon right principles.

When attempting to measure the relative influence of any particular philosopher on the American founders, it is sometimes more subtle than adding up references in an index or looking at the personal libraries of the founders.  It is clear that Aristotle’s ethical and political views profoundly shaped the founders’ understanding of the nature of man and government.

Aristotle’s political philosophy was plainly evident in the new republican state constitutions.  The 1776 Virginia Declaration of Rights stated in Article XV that, “No free government, or the blessings of liberty, can be preserved to any people but by a firm adherence to justice, moderation, temperance, frugality, and virtue and by frequent recurrence to fundamental principles.”  The 1780 Massachusetts Constitution argued in Aristotelian terms that, “Government is instituted for the common good; for the protection, safety, prosperity, and happiness of the people.”  The Northwest Ordinance later established schools because, “Religion, morality, and knowledge being necessary to good government and the happiness of mankind.”  Republican self-government was founded upon a virtuous citizenry.

Coming back to President Washington’s First Inaugural, we see that he was expressing several Aristotelian sentiments.  Washington stated that, “There is no truth more thoroughly established than that there exists in the economy and course of nature an indissoluble union between virtue and happiness.”  Besides this essential ethical chord, he also struck another about the purposes of government made up of virtuous citizens.  He asked that God, the providential author of their rights, might “consecrate to the liberties and happiness of the People of the United States, a Government instituted by themselves for these essential purposes.”  Washington closely tied the virtue of American citizens to the success of the new republic, alluding to American exceptionalism and the idea of a “city upon a hill.”  If the Americans were virtuous, their republic would succeed; if they practiced fall, it would crumble.  He averred that,

The foundation of our national policy will be laid in the pure and immutable principles of private morality . . . . we ought to be no less persuaded that the propitious smiles of Heaven can never be expected on a nation that disregards the eternal rules of order and right which Heaven itself has ordained: and since the preservation of the sacred fire of liberty and the destiny of the republican model of government are justly considered, perhaps, as deeply, perhaps as finally, staked on the experiment entrusted to the hands of the American people.

Washington finished the speech by neatly summarizing Aristotelian purposes of government.  Reason and deliberation would furnish the Americans with tranquility and happiness in just and wise government.  God had blessed the American People with “opportunities for deliberating in perfect tranquility, and dispositions for deciding with unparalleled unanimity on a form of government for the security of their union, and the advancement of their happiness, so his divine blessing may be equally conspicuous in the enlarged views, the temperate consultations, and the wise measures on which the success of this Government must depend.”

In his Farewell Address, Washington gave his advice to his country for their future success with their republican experiment in liberty.  He told them in Aristotelian terms that religion and morality were indispensable supports for “the dispositions and habits which lead to political prosperity.”  The great duties of man were the “great pillars of human happiness.”  He clearly and strongly believed in Aristotle’s idea that virtue was necessary for self-government.  “Tis substantially true, that virtue or morality is a necessary spring of popular government.”  Aristotle’s vision of a well-ordered republic of free, virtuous individuals shaped the founding and should inform our discussion of the duties of citizens today.

Tony Williams is the Program Director of the Washington, Jefferson & Madison Institute in Charlottesville, Virginia.  He has written four books and teaches history in Williamsburg, VA. 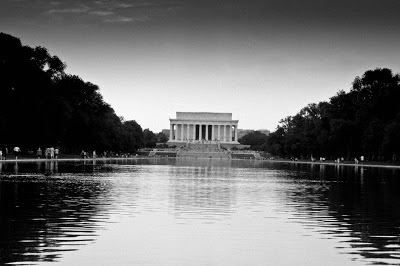