Obstruction of the Laws 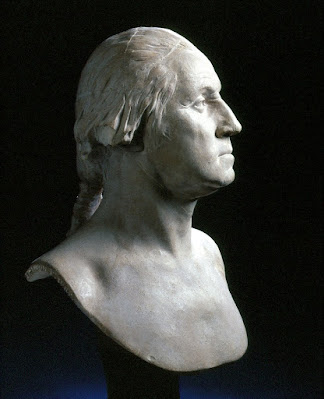 “All obstructions to the execution of the laws, all combinations and associations, under whatever plausible character, with the real design to direct, control, counteract, or awe the regular deliberation and action of the constituted authorities, are destructive of this fundamental principle, and of fatal tendency. They serve to organize faction, to give it an artificial and extraordinary force; to put, in the place of the delegated will of the nation the will of a party, often a small but artful and enterprising minority of the community; and, according to the alternate triumphs of different parties, to make the public administration the mirror of the ill-concerted and incongruous projects of faction, rather than the organ of consistent and wholesome plans digested by common counsels and modified by mutual interests.” -- George Washington (Farewell Address, 1796)

As our first President clearly stated, obstruction of the laws under any character are of fatal tendency to our republic. Our nation was founded on the principle that no man, king or commoner, senator or governor, mayor or citizen, is above the law. As John Adams wrote in his Thoughts on Government (1776), "There is no good government but what is republican...[T]he true idea of a republic is 'an empire of laws, and not of men.' That, as a republic is the best of governments, so that particular arrangement of the powers of society, or in other words, that form of government which is best contrived to secure an impartial and exact execution of the law, is the best of republics." And, as John Locke simply stated, “…where there is no law, there is no freedom.” (Second Treatise on Government, Chapter 6, sec. 57).

Our Constitutional republic was designed as a “compound” or dual republic -- there is a federal republic and each State is also a republic. Thus, the United States of America is a federal republic comprised of a union of 50 republics. This principle, and the balance of power shared between the federal government and the States is called “federalism.” As James Madison said in Federalist Papers No. 51, “In a single republic, all the power surrendered by the people is submitted to the administration of a single government; and the usurpations are guarded against by a division of the government into distinct and separate departments. In the compound republic of America [federal and state], the power surrendered by the people is first divided between two distinct governments, and then the portion allotted to each subdivided among distinct and separate departments. Hence a double security arises to the rights of the people. The different governments will control each other, at the same time that each will be controlled by itself.” As with its other aspects, this balance of power and law under the Constitution is designed to protect our individual and mutual liberty.

When the manners and morals of the people degenerate, their respect for the law likewise diminishes. We may observe this in various forms both in our society and in the political arena. Samuel Adams wrote concerning this: “A general dissolution of principles and manners will more surely overthrow the liberties of America than the whole force of the common enemy... [this spirit] established the Independence of America; and nothing but opposite principles and manners can overthrow it.” --Letter to James Warren (February 12, 1779).

Another factor in the degeneration of respect for law is the “spirit of party,” or unmitigated partisanship. When party loyalties take precedence over principle, and lead men to ignore the application of the law and justice to their situation because of their passion for a cause (or their own self-interests), no matter how right they may seem or how convenient, respectively, anarchy lies ahead and the possible “ruin of Public Liberty” forewarned by George Washington.

Washington purposefully addressed this theme in his Farewell Address:

"Let me now take a more comprehensive view, and warn you in the most solemn manner against the baneful effects of the Spirit of Party, generally. This spirit, unfortunately, is inseparable from our nature, having its root in the strongest passions of the human Mind. It exists under different shapes in all Governments, more or less stifled, controlled, or repressed; but in those of the popular form it is seen in its greatest rankness and is truly their worst enemy. The alternate domination of one faction over another, sharpened by the spirit of revenge natural to party dissension… is itself a frightful despotism. But this leads at length to a more formal and permanent despotism. The disorders and miseries which result gradually… [lead to] the ruins of Public Liberty."

Of course some laws may not be just or fair, or they may be outdated and inapplicable. But if we face or encounter unjust laws, we must be patient and diligent in our cause, allowing “the organ of consistent and wholesome plans digested by common counsels and modified by mutual interests” to overturn, change or modify such laws. Simple or blatant obstruction of the law is not the solution, and is of “fatal tendency.” The Constitution was established to provide the necessary checks and balances on elected leaders, departments of government, and citizens themselves. Our loyalty should ever be to the Constitution first, not to lesser laws or issues. Both principles of federalism and the tenth amendment should be upheld, but not ill-conceived and out-dated notions of ignoring federal law while enforcing state law (or vise versa), or of “nullification.” We would be wise if in our day we would give heed to the warnings of Washington and Adams, etc. by reversing the gradual decline of manners and morals, avoiding extreme partisanship, and recognizing the supreme importance of honoring, sustaining and obeying the laws of the land, both state and federal -- in order to maintain a “more perfect Union.”
___________________________
Also see: Tony Williams' Essay "The Federalist, Human Nature, and Forms of Government"