The Foundation of Public Virtue 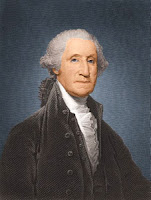 " 'Tis substantially true that virtue or morality is a necessary spring of popular government. The rule indeed extends with more or less force to every species of free Government. Who that is a sincere friend to it can look with indifference upon attempts to shake the foundation of the fabric?" George Washington (Farewell Address)


John Adams said, "Public virtue cannot exist in a Nation without private Virtue, and public Virtue is the only Foundation of Republics.” Self-government, or democracy, can only be perpetuated by the self-governed. Henry Ward Beecher said: "There is no liberty to men who know not how to govern themselves." Goethe stated: "What is the best government? -- That which teaches us to govern ourselves." Self-governance consists of self-regulation of our behavior and passions.

Virtue ennobles individual character and lifts society as a whole. Virtuous principles eschew prejudice and discrimination, confirming that: "all men are created equal." Virtue encompasses characteristics of good will, patience, tolerance, kindness, respect, humility, gratitude, courage, honor, industry, honesty, chastity and fidelity. These precepts serve as the foundation for individual and societal governance. William Cowper said: "When was public virtue to be found when private was not?" Public virtue, or society's goodness, may be measured then by totaling the virtuous characteristics of its individual citizens. In order to strengthen our nation, should we not diligently seek to fortify our private, and thus, our public virtue?

"[T]he foundations of our National policy . . . [should] be laid in the pure and immutable principles of private morality." George Washington (Inaugural Address)