The Proper Role of Government 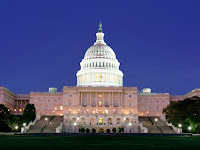 What are the proper ends of government? James Madison stated, “[T]he government of the United States is a definite government, confined to specified objects. It is not like the state governments, whose powers are more general.” Thomas Jefferson said, “What more is necessary to make us a happy and a prosperous people? Still one thing more, fellow citizens -- a wise and frugal Government, which shall restrain men from injuring one another, shall leave them otherwise free to regulate their own pursuits of industry and improvement, and shall not take from the mouth of labor the bread it has earned” and, “If we can prevent government from wasting the labors of the people, under the pretense of caring for them, they must become happy.”
“John Adams wrote, ‘Happiness of society is the end of government.’ George Washington stated, “The aggregate happiness of the society, which is best promoted by the practice of a virtuous policy, is, or ought to be, the end of all government ….” As revered in our past, industry, thrift and self-reliance must be upheld as crowning attributes to each generation. There were no "social programs" for the pilgrims or the pioneers. Thoreau said: “This government never of itself furthered any enterprise … [t]he character inherent in the American people has done all that has been accomplished.”
Locke, in his “Essay the True End of Civil Government,” quotes Dragonetti on Virtue and Rewards, stating: "The science of the politician consists in fixing the true point of happiness and freedom. Those men would deserve the gratitude of ages, who should discover a mode of government that contained the greatest sum of individual happiness, with the least national expense." This, then is the great dilemma for citizens, representatives and leaders in all ages: how do we efficiently augment the well being and contentment of society, i.e., maximize societal well-being and happiness? Endless social programs have been devised, enacted and administered to this end. While there is no single solution or easy answer to all social ills, there is a formula proven in nature: "For whatsoever a man soweth, that also shall he reap." Thus, wisdom and virtue must fashion each seed sown by government.
By: J. David Gowdy
Posted by J. David Gowdy at 7:02 PM No comments: