Chief Justice John Roberts on the Role of Judges 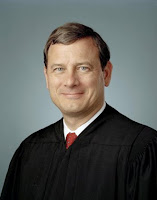 “Judges and justices are servants of the law, not the other way around. Judges are like umpires. Umpires don’t make the rules; they apply them.

The role of an umpire and a judge is critical. They make sure everybody plays by the rules. But it is a limited role. Nobody ever went to a ball game to see the umpire.

Judges have to have the humility to recognize that they operate within a system of precedent, shaped by other judges equally striving to live up to the judicial oath.

And judges have to have the modesty to be open in the decisional process to the considered views of their colleagues on the bench.

Mr. Chairman, when I worked in the Department of Justice, in the office of the solicitor general, it was my job to argue cases for the before the Supreme court.

I always found it very moving to stand before the justices and say, “I speak for my country.”

But it was after I left the department and began arguing cases against the that I fully appreciated the importance of the Supreme Court and our constitutional system.

Here was the , the most powerful entity in the world, aligned against my client. And yet, all I had to do was convince the court that I was right on the law and the government was wrong and all that power and might would recede in deference to the rule of law. That is a remarkable thing.

It is what we mean when we say that we are a government of laws and not of men. It is that rule of law that protects the rights and liberties of all Americans. It is the envy of the world. Because without the rule of law, any rights are meaningless.

President Ronald Reagan used to speak of the Soviet constitution, and he noted that it purported to grant wonderful rights of all sorts to people. But those rights were empty promises, because that system did not have an independent judiciary to uphold the rule of law and enforce those rights. We do, because of the wisdom of our founders and the sacrifices of our heroes over the generations to make their vision a reality.”

David McCullough was interviewed and asked his opinion of the state of history education in America. Following are a few of his comments as to what we can do to improve the education of our youth in American History:

“I feel strongly that we've got to revise how we teach the teachers. I would abolish schools of education. I think what every teacher ought to have is a good liberal arts education. … One of the problems with having a teacher that doesn't know the subject he or she is teaching is that they are more dependent therefore on the textbooks, and the textbooks, though there are some exceptions, are appallingly bad. Dreary, deadly it's as if they're designed to kill any interest you might have in history. And you can't love something you don't know any more than you can love someone you don't know. If the teacher doesn't know any history, how is he or she really going to love it? We know from our own experiences that it's the ones that really love what they're teaching that teach you the most.

But I don't think the problem is the teachers, entirely. I think the problem with education in our country is us. We're not doing anywhere near enough as parents or grandparents to talk about history with our children, to talk about the books we've loved about historical subjects or figures. And taking our children or grandchildren to historic sights... we can't leave that for the schools because they don't do it much anymore. Reinstate the dinner table conversation. Reinstate dinner as part of family life. I grew up that way. It's another era, I know, but there's nothing wrong with the idea that you'd talk about history or current events and politics at the dinner table. Every night. Go with your children to or Monticello or someplace like that. They never forget it. It changes their life.

I know from teaching as a visiting professor or guest lecturer at universities for more than twenty years now that what our students don't know about American history is absolutely appalling. It's stunning. It leaves you gaping when you first encounter it. You think, How can this be? But it's correctable.” 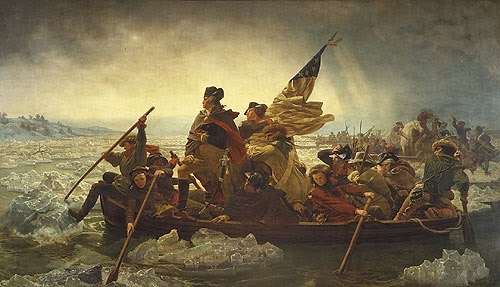 Benjamin Franklin in his speech for Adoption of the Constitution, said: “All of us who were engaged in the struggle must have observed frequent instances of superintending providence in our favor. To that kind providence we owe this happy opportunity of consulting in peace on the means of establishing our future national felicity. And have we now forgotten that powerful friend? Or do we imagine that we no longer need his assistance? I have lived, Sir, a long time, and the longer I live, the more convincing proofs I see of this truth-that God governs in the affairs of men. And if a sparrow cannot fall to the Ground without his Notice, is it probable that an Empire can rise without his Aid?” (Speech to the Constitutional Convention, 28 June 1787; Manuscript notes by preserved in the Library of Congress).
Posted by J. David Gowdy at 10:43 PM No comments: