Who was Algernon Sidney? 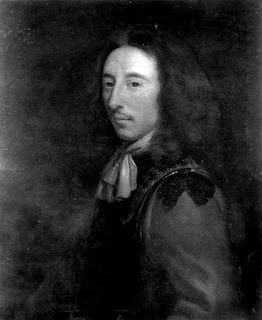 •  Sidney was a popular hero, whose life, death and writings were well-known to all of the Founding Fathers and to the American colonists generally at the time of the revolution.

•  A study published in Peter Karsten’s Patriot Heroes in England and America revealed that the vast majority of public and private libraries in 1774 contained these three political treatises: Cato’s Letters, Locke’s Two Treatises on Government, and Sidney’s Discourses Concerning Government.

•  Colonel Sidney fought in the Battle of Marston Moor, served in Parliament and as the British Ambassador to Sweden, was later exiled to Europe, escaped the King’s assassins, consulted with William Penn, wrote Discourses, returned to England, was accused as a traitor against King Charles II, was wrongfully tried and convicted, and was beheaded on December 7, 1783.

Algernon Sidney was born in Kent, England ten years before Locke, in 1622.  He lived for six years in France with his father, the Earl of Leicester, who served there as Ambassador.  Later, as a Colonel in the army, he joined the fight for parliamentary government, taking up arms against King and fought gallantly in the battle of Marston Moor in 1644.  Sidney was elected to the famous Long Parliament in 1646. He opposed Cromwell's reign in 1653; and in 1660, after a brief restoration to the Rump Parliament, he chose voluntary exile in Europe when the Commonwealth collapsed under Charles II.   It was during this exile that Sidney penned his Discourses Concerning Government.

After wandering about Europe for nearly twenty years, Sidney returned to England and soon worked in cooperation with William Penn to achieve greater freedom of religion in England.  Finally, he pursued with other Whigs a strategy to restore an independent Parliament to England under the reign of Charles II.  In 1681, after King Charles dismissed Parliament, Sidney joined in a revolutionary plot to restore representative government. Although he never advocated regicide, he was arrested in his home, charged with treason against the King, and imprisoned in the Tower of London.

John Locke, who never worked closely with Sidney, and who was alleged to be part of the same plot, fled from the English continent when the conspiracy was exposed. Sidney was not so fortunate. After a long and illegally administered trial, he was ultimately convicted and beheaded on December 7, 1683.  While in prison, he wrote and completed his Apology on the day of his death and it is included in the 1751 (London) edition of his Discourses (see below).

After the successful revolution of 1688 in England, which drove out King James and restored Parliament under William of Orange, such high “regard was had for Sidney's innocence, and the justice due to his memory,” that the new Parliament on February 13, 1689, made it one of their first acts to repeal his conviction and to expunge all of the trial proceedings from the public record.[1]  Sidney's Discourses Concerning Government was first published in England in 1698 (with several later printings), and in America in 1805.  A modern edition edited by Thomas West is available online from Liberty Fund (http://oll.libertyfund.org/titles/223).

Algernon Sidney’s final words, from his “Apology,” written by his own hand in the Tower of London, on the Day of His Execution -- December 7, 1683:

“Being ready to die under an accusation of many crimes, I thought it fit to leave this as a testimony unto the world, that, as I had from my youth endeavored to uphold the common rights of mankind, the laws of this land, and the true protestant religion, against corrupt principles, arbitrary power; and popery, I do now willingly lay down my life for the same; and having a sure witness within me, that God doth absolve, and uphold me, in the utmost extremities, am very little solicitous, though man doth condemn me. . . . I believe that the people of God in England have, in these late years, generally grown faint: some, through fear, have deflected from the integrity of their principles; some have been too deeply plunged themselves in worldly cares, and, so as they might enjoy their trades and wealth, have less regarded the treasure that is laid up in heaven: but I think there are very many who have kept their garments unspotted; and hope that God will deliver them, and the nation for their sakes. God will not suffer this land, where the gospel hath of late flourished more than any other part of the world, to become a slave of the world, he will not suffer it to become a land of graven images: he will stir up witnesses of the truth, and, in his own time, spirit his people to stand up for his cause, and deliver them. I lived in this belief, and am now about to die in it; I know that my Redeemer lives; and, as he hath in great measure upheld me in the day of my calamity, hope that he will still uphold me by his spirit in this last moment, and giving me grace to glorify him in my death, receive me into the glory prepared for those that fear him, when my body shall be dissolved. Amen.”[2]
_______________________________