The Pox and the Covenant 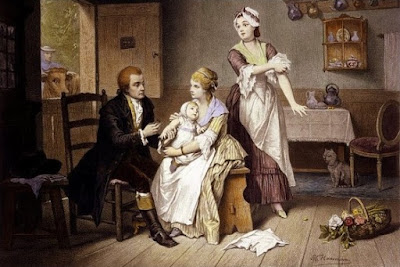 "Tony Williams tells a rollicking good story about the contagious crisis experienced by Colonial America. The Pox and the Covenant is a superbly nuanced and well-written account of the interactions of human disease and events." -- Howard Markel, MD, PhD, George E. Wantz Distinguished Professor of the History of Medicine, the University of Michigan, author of When Germs Travel.

"For one hundred years, God had held to his promise, and the colonists had as well. When the first Puritans sailed into Massachusetts in the seventeenth century, weak from the ocean journey, they formed a covenant with each other and with God to establish a city on a hill-a commitment to live uncorrupted lives together or all suffer divine wrath for their collective sin. But now, a century later, the arrival of one doomed ship would put this covenant to its greatest test.

After several days of skirting the North American coast, on April 22, 1721, the HMS Seahorse arrived in Boston from the West Indies, carrying goods, cargo, and, unbeknownst to its crew, a deadly virus...

Boston, the largest city in the colonies, had a population of roughly eleven thousand souls. With such a large number of people, Boston rivaled the cities of mother England, save only for London. Boston was moreover one of the great hubs of the Atlantic trade network. It gathered goods from the farms of the New England hinterland and from smaller cities and ports along the American coast. These commodities were shipped all over the Atlantic while other goods were imported into the city and sent elsewhere. For a virus, a better place to contaminate could hardly be found....

After docking in Boston harbor, a skeleton crew was left on board the Seahorse while the rest of the crew and officers went ashore. At least one of the crew carried an infectious disease, one that would send a city into chaos, and put to its greatest test the covenant between the Puritans and their God.

Soon, a smallpox epidemic had broken out in Boston, causing hundreds of deaths and panic across the city. The clergy, including the famed Cotton Mather, turned to their standard form of defense against disease: fasting and prayer. But a new theory was also being offered to the public by the scientific world: inoculation. The fierce debate over the right way to combat the tragedy would become a battle between faith and reason, one that would set the city aflame with rage and riot.

The Pox and the Covenant by Tony Williams is a story of well-known figures such as Cotton Mather, James Franklin, and a young Benjamin Franklin struggling to fight for their cause among death and debate-although not always for the side one would expect. In the end, the incredible results of the epidemic and battle would reshape the colonists' view of their destiny, setting for America a new course, a new covenant, and the first drumbeats of the Revolution."