The WJMI Year in Review 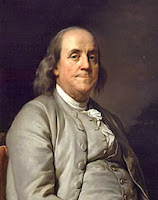 Happy New Year from the Washington, Jefferson & Madison Institute!  We at WJMI are grateful for your support this past year.  A few statistics from 2013:

During 2013 over 9,171 people have downloaded WJMI’s free manual “Jefferson & Madison’s Guide to the Constitution” at the Federalist Papers Project:
http://www.thefederalistpapers.org/ebooks/jefferson-and-madisons-guide-to-the-constitution

The Guide is also available on Amazon’s Kindle:
http://www.amazon.com/Jefferson-Madisons-Guide-Constitution

Our Blog averages over 2,000 page views per month.  Our top blog posts are:
WJMI sponsored three seminars for secondary school teachers during 2013:

WJMI also sponsored several seminars on the Constitution for Citizens in Utah and Virginia.

Tony Williams joined WJMI as full-time Program Director in 2013. He is the author of four books on the Founding, including “America's Beginnings: The Dramatic Events that Shaped a Nation's Character” (Rowman & Littlefield Publishers, 2010), all available at Amazon.com: http://www.amazon.com/Tony-Williams

WJMI began to collaborate in 2013 with the Center for American Studies at Christopher Newport University (http://cnu.edu/cas/) and they will co-sponsor our first teacher seminar of 2014 in February on the topic of “The Life & Character of George Washington.”

We hope that you have a Happy & Prosperous New Year and commend to all this wise advice:

"Be always at war with your vices, at peace with your neighbors,
and let each New Year find you a better man."
— Benjamin Franklin