Liberty has a Price 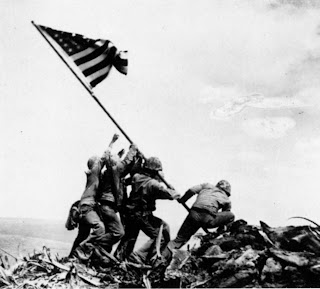 "The independence and liberty you possess are the work of . . . joint efforts, of common dangers, suffering and successes."
--George Washington

Despite a natural tendency to believe that liberty is a gift to be autonomously received and enjoyed, without price or reassessment -- liberty is not free. Liberty must be both earned and guarded. Thomas Jefferson in his First Inaugural Address said that: "The wisdom of our sages and the blood of our heroes have been devoted to [the] attainment" of our liberty and form of government. Charles Caleb Colton said: "Liberty will not descend to a people; a people must raise themselves to liberty; it is a blessing that must be earned before it can be enjoyed." Alfred Denning, an English jurist, stated: "The price of freedom is eternal vigilance." And, Boyd K. Packer, a prominent religious educator, said: "Freedom is not a self-preserving gift. It has to be earned, and it has to be protected." Thus, in order to be obtained, liberty must be earned or won, and in order to be maintained, liberty must be effectively re-earned and re-won in the hearts of each generation.

What is the relationship between liberty and its price? First, liberty is freedom from oppression or bondage. Thus, liberty is procured through deliverance or redemption from bondage. For our forefathers, this bondage was the religious and economic oppression of Great Britain's rule over the original Colonies. Such circumstances would also be analogous to the plight of many who have been led to America's shores. Secondly, redemption from bondage requires sacrifice. America's liberty was originally bought by the sacrifice of men's blood shed in the Revolutionary War. It has been re-bought by sacrifice and blood shed in subsequent wars, including the Civil War and World Wars. Finally, liberty is upheld by remembering and honoring such sacrifices -- which requires both knowledge of, and gratitude for, such sacrifices. If the Founding Fathers could speak to us today regarding liberty, rest assured that their message would include reference to the horrible price paid at Valley Forge, Morristown, Camden, and Yorktown, etc. Others of a later time would speak to us of Gettysburg or Pearl Harbor. Only by vicarious remembrance and sincere gratitude for the heavy price paid for the gift of liberty, which we so abundantly enjoy, can we truly appreciate its value and fulfill our duty to uphold it for future generations.

Of those who pledged "their lives, their fortunes and their sacred honor" as signers to the Declaration of Independence, five were captured as traitors and tortured before they died; twelve had their homes ransacked and burned; two lost their sons in the Revolutionary War; another had two sons captured; and nine died from wounds or the hardship of the war (quoted from Ezra Taft Benson). Are we equally as willing to pay liberty's price?

"Is life so dear, or peace so sweet, as to be purchased at the price of chains and slavery? Forbid it, Almighty God! I know not what course others may take, but as for me, give me liberty or give me death!" Patrick Henry

See: Seven Principles of Liberty
Posted by J. David Gowdy at 11:34 AM