Quotes from the Founders on Religious Liberty 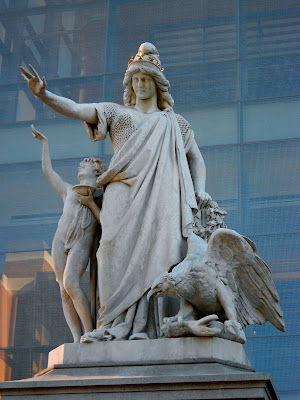 “Religious freedom is a fundamental human right and the first among rights guaranteed by the United States Constitution in the First Amendment of the Bill of Rights[1]. It is the right to think, express and act upon what you deeply believe, according to the dictates of conscience. Freedom of conscience is critical to the health of a diverse society. It allows different faiths and beliefs to flourish. Religious freedom protects the rights of all groups and individuals, including the most vulnerable, whether religious or not.”[2] The Founders were firm in their support of this important principle that serves as the cornerstone of liberty in all nations. Following are a few quotes from James Madison, Thomas Jefferson, John Adams, Alexander Hamilton and George Washington:
“In a free government the security for civil rights must be the same as that for religious rights.” –James Madison, Federalist 51
“Conscience is the most sacred of all property.” –James Madison, Essay on Property, March 29, 1792
“One of the amendments to the Constitution... expressly declares that 'Congress shall make no law respecting an establishment of religion, or prohibiting the free exercise thereof, or abridging the freedom of speech, or of the press,' thereby guarding in the same sentence and under the same words, the freedom of religion, of speech, and of the press; insomuch that whatever violates either throws down the sanctuary which covers the others.” –Thomas Jefferson, Draft Kentucky Resolutions, 1798
“The constitutional freedom of religion [is] the most inalienable and sacred of all human rights.” –Thomas Jefferson, Minutes of the Board of Visitors, University of Virginia, 1819
“Statesmen, my dear Sir, may plan and speculate for Liberty, but it is Religion and Morality alone, which can establish the Principles upon which Freedom can securely stand. The only foundation of a free Constitution is pure Virtue, and if this cannot be inspired into our People in a greater Measure than they have it now, they may change their Rulers and the forms of Government, but they will not obtain a lasting Liberty. They will only exchange Tyrants and Tyrannies.” –John Adams, Letter to Zabdiel Adams, June 21, 1776
“We have no government armed with power capable of contending with human passions unbridled by morality and religion. Avarice, ambition, revenge, or gallantry would break the strongest cords of our constitution as a whale goes through a net. Our Constitution was made only for a moral and religious people. It is wholly inadequate to the government of any other.” –John Adams, To the Officers of the First Brigade of the Third Division of the Militia Of Massachusetts, October 11, 1798
“Remember civil and religious liberty always go together: if the foundation of the one be sapped, the other will fall of course.” –Alexander Hamilton, A Full Vindication of the Measures of Congress, December 15, 1774
“[A]s far as lies in your power, you are to protect and support the free exercise of religion of the country, and the undisturbed enjoyment of the rights of conscience in religious matters, with your utmost influence and authority.” –George Washington, Letter to Benedict Arnold, September 14, 1775
“[N]o one would be more zealous than myself to establish effectual barriers against the horrors of spiritual tyranny, and every species of religious persecution—For you, doubtless, remember that I have often expressed my sentiment, that every man, conducting himself as a good citizen, and being accountable to God alone for his religious opinions, ought to be protected in worshipping the Deity according to the dictates of his own conscience.” –George Washington, Letter to George Mason, October 3, 1785
____________________________
Photo: Religious Liberty (1876). The country’s largest monument to religious liberty stands in front of the National Museum of American Jewish History in Philadelphia, Pennsylvania. The towering 24-foot, 13-ton statue was commissioned by the Jewish fraternal organization Independent Order of B’nai B’rith (Sons of the Covenant) and dedicated "to the people of the United States" as an expression of support for the Constitutional guarantee of religious freedom. It was executed in marble by sculptor Moses Jacob Ezekiel (1844-1917).
[1] https://constitution.congress.gov/constitution/amendment-1/
[2] https://newsroom.churchofjesuschrist.org/official-statement/religious-freedom
Posted by J. David Gowdy at 9:38 PM