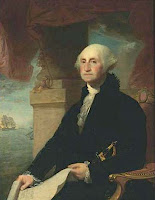 Our first four Presidents (Washington, Adams, Jefferson, and Madison), all taught that there is no happiness without virtue, and that virtue is the foundation of our Republic. Virtue, of course, requires morality, and as Washington stated, “reason and experience both forbid us to expect that National morality can prevail in exclusion of religious principle.” Modern foes of national morality and religious principle seek to overthrow the Constitution’s foundation of virtue through the courts, as they have been previously defeated by the popular will via legislatures and democratic ballot. Their attack is being fostered by those who lack a conviction of the “Laws of Nature and of Nature’s God” (Declaration of Independence).

The consequences to our communities, and to our States’ education systems, of a ‘change’ in our nation’s moral fabric if mandated by judicial decree are profound. For example, California education code section 51230 provides that both the reading and teaching of Washington’s Farewell Address are a civics requirement for graduation from high school. In his Farewell Address, Washington confirms that:

“Of all the dispositions and habits which lead to political prosperity, religion and morality are indispensable supports. In vain would that man claim the tribute of Patriotism who should labor to subvert these great Pillars of human happiness ‑these firmest props of the duties of Men and citizens. The mere Politician, equally with the pious man, ought to respect and to cherish them. A volume could not trace all their connections with private and public felicity. …And let us with caution indulge the supposition that morality can be maintained without religion. Whatever may be conceded to the influence of refined education on minds of peculiar structure, reason and experience both forbid us to expect that National morality can prevail in exclusion of religious principle.

'Tis substantially true that virtue or morality is a necessary spring of popular government. The rule indeed extends with more or less force to every species of free Government. Who that is a sincere friend to it can look with indifference upon attempts to shake the foundation of the fabric?”

National educational policy confirms that: “Schools …may play an active role with respect to teaching civic values and virtue, and the moral code that holds us together as a community. The fact that some of these values are held also by religions does not make it unlawful to teach them in school.”(U. S. Department of Education, Statement on Religious Expression, Revised May 1998). We face a dilemma in America as virtue, religious principles and the freedom of moral education are being threatened.